Significant growth in the German solar district heating market in 2019

According to the Steinbeis Research Institute Solites in Stuttgart, around 70 megawatts of solar thermal capacity is available for district heating systems in Germany. Some of the new systems are scheduled to start operation in the beginning of 2020. However, as the collector fields have already been erected in 2019, the growth in solar district heating is already prepared. The map below gives an overview of the plants in operation, in planning and in preparation in Germany.

Stadtwerke Ludwigsburg-Kornwestheim, for example, supplied solar heat into the grid for the first time in the course of the first quarter of 2020. With 14,800 square metres, the collector field is currently the largest of its kind in Germany. In Bernburg the situation is similar. Here, the thermal storage is all that is missing for the full operation of the solar thermal collector field that has already been installed in December. The municipal utility of Bernburg plans to finalize it in spring 2020.

Large-scale solar district heating is technically mature. The information of good operating results of the first commercial plants has spread among German utilities. The disadvantage of renewable energies of high investment costs has been addressed and is met with strong governmental support programmes. Thus, the advantage of permanently low operating costs are even more convincing. Furthermore, the decided CO₂ price contributes to further growth and market prospects for large solar thermal systems.

However, the status quo of large solar district heating systems should not be overestimated, Pauschinger emphasizes: “The share of solar heat in district heating sales is still low today. However, we assume a market potential of around 20 gigawatts and expect the market to continue to grow in the coming years”. 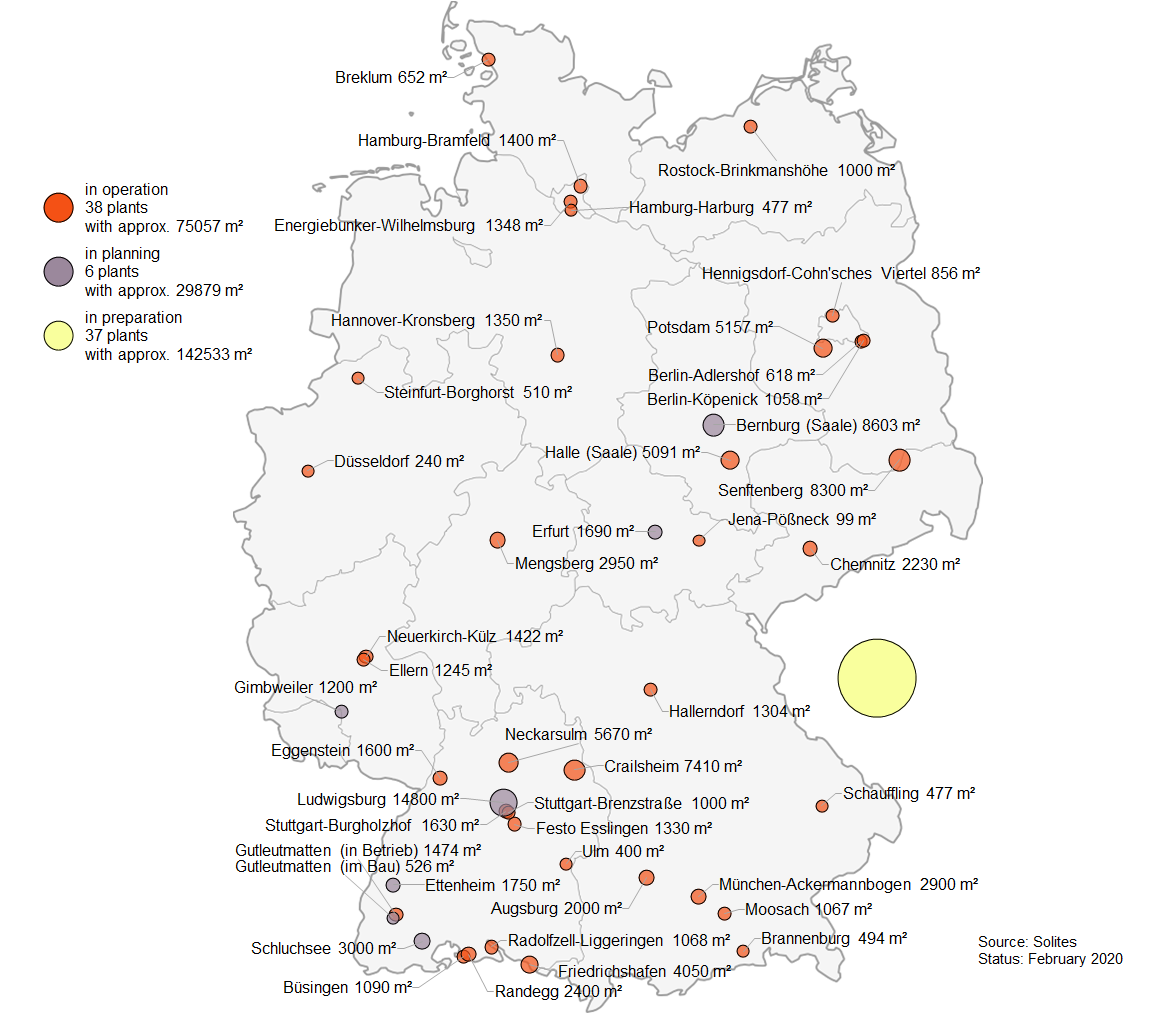